Animal MMORPGs were popular games in the 2010s. They feature customizable characters, usually with multiple avatar species, and socializing options. Different games appealed more to children, teenagers or adults but they were all used for roleplaying.

Our introduction to animal roleplaying games was through WolfQuest. It's an educational game that has gone through multiple versions. The first version, released in 2007, was free. Most of the game centers around a singleplayer mode where you learn about the life of grey wolves in Yellowstone National Park. The multiplayer mode allows you to join a world with other players where you can roleplay life as a wolf pack.

Well-known animal MMORPGs include Impressive Title and its replacement FeralHeart. These 3D games are inspired by Disney's The Lion King. Server issues are common and the graphics are simple. Development stopped because the creator left without releasing the source code. Cereal Soup, while not directly related, is another similar game. It was inspired by Arokai, which was a game in development after FeralHeart was abandoned. Its creator left and her account was hacked. Cereal Soup has been in early access since 2015 and is still being developed, but updates are released slowly and the game is buggy.

A more recent project in this category is FeralHeart Unleashed.

WildWorks is a company that produces games for children and it is mostly known for Animal Jam, now Animal Jam Classic. Animal Jam was launched in 2010 with the help of National Geographic to teach children about animals. It was played through Adobe Flash Player, although it now has a desktop app. The game was a tremendous success when it launched and made a large amount of money through membership subscriptions and merchandise. Animal Jam was expanded to include more playable species, explorable areas, multiplayer quests called "adventures," and reoccurring events.

Feral and the Downfall

Feral, or FER.AL, was the newest WildWorks game. It was in public early access when it was shut down. Like the new Animal Jam, Feral was a 3D game that was playable on both mobile and desktop devices. The main focus of this game was to appeal to teenagers, as WildWorks' previous main games and spin-off games were aimed towards children. Feral's customization is unique compared to most other animal MMO games because characters can be decorated with sticker-like markings called "decals."

Among older players, WildWorks has a bad reputation for its monetization methods. It is common for some customization options to require payment, and the social nature of the games leads to people feeling pressured to keep up with trends in avatar appearances. In-game economies are large parts of the main WildWorks games because of the trading feature, and players who don't pay for rare items can be barred from participating in this part of the games. This isn't as prevalent in Feral because there is no membership subscription and items that can be purchased with premium currency are wearable by all players. However, the developers have received criticism for frequently creating new items for the premium currency store while the game is buggy and has few gameplay activities. Players felt that the game was focusing on monetization too early.

This criticism increased when Clark Stacey, the CEO of WildWorks, announced that he wanted to make a new game using blockchain technology. This was shocking to many players, as a large part of the Feral community came from Animal Jam which is known to teach about environmental stewardship. After uploading this Medium article, he hosted an AMA in the official Feral Discord server. His answers can be found here. The community felt that he was avoiding their questions and some people left the server. Many expressed concerns that Feral development would halt if Cinder failed to reach its target audience and the company ran out of money for further development.

This article was posted on November 29th 2021 which links to this site for the new game.

You can connect your NFT avatar to Cinder on the day it's minted and join other NFT holders in the world immediately. No vague roadmaps to a working virtual world someday in the future -- Cinder will be there on day one.
How can we promise this? Because we've been building and testing the platform for Cinder for two years with another game. It has its own community and wasn't engineered around blockchain tech, so we took some scaffolding from that world, formed a new team devoted to innovation in crypto gaming, and set them loose with the head start of a fully functional MMO platform.

On December 2nd 2021, two WildWorks employees, fero and wwadmin attempted to talk to the Feral community in the official Discord server. fero stopped responding after some time but wwadmin continued. wwadmin argued in favor of NFTs and the game's development.wwadmin stated that they support NFTs and don't know about any issues of cultural appropriation in the game. This angered many people.

wwadmin responded to a message stating, "Unless there is crypto that doesn't harm the environment, there will never be support from us. If you're saying Solana is less, that still means it's harming the environment." The following response was "the final straw" for many players.

But you support using Discord? Swiping your debit and credit card? Driving a car? Having lights on in your house?
Nearly everything we do as humans hurts the environment. We each have to do our part to limit the impact. To say "I'm never going to support NFTs/or crypto until they don't harm the environment" means you also can't support anything that uses electricity.

It was later edited to this because of how badly received it was.

Nearly everything we do as humans hurts the environment. We each have to do our part to limit the impact. To say "I'm never going to support NFTs/or crypto because some of them are really bad for the environment" doesn't make sense to me.

During this conversation, server members without mod or admin permissions could only send messages once every 5 minutes. After a few more messages, wwadmin stopped responding in the server and people became more agitated. People started spamming the channel and complaining in multiple general discussion channels, so the slow mode in those channels was raised to 30 minutes. This upset more people, which caused more spamming, and a server-wide slow mode of 30 minutes was put into place. Volunteer moderators from the community, tired of WildWorks angering people in the server without warning and then leaving once it got too much, decided to start stepping down. This included the lead moderator, who was the only non-employee who could disable the slow mode. Trial moderators were given moderator rank permissions but the server didn't calm down. People started leaving the server and joining community-made ones. The slow mode stayed at 30 minutes. The next day, Cinder was given an official development roadmap and Clark Stacey uploaded this article. The article originally said "uninformed cross-network online lynch mobs" but the word "lynch" was edited out.

Cinder launched February 16th, 2022 and it was livestreamed on YouTube. The next day, it was announced in Feral's official Discord server that Feral was being shut down. The announcement was made on short notice in the general game channel without tagging anyone.

WW management has made the decision to bring the Feral project to an end.
What does this mean:

We appreciate everyone's passion and dedication for Feral.
Sam will be here at some time tomorrow (not sure when, but they will let you all know).
I will be here tomorrow at 10am MT to answer questions one last time if anyone would like to ask any final questions.
Thank you.

The login screen for the game was given a popup announcing the end of Feral.

wwadmin ran a final AMA in the Feral Discord server February 18th. Here is the announcement preceding it.

Going to be opening up Clark AMA for questions. I will answer in Clark Answers. AMA is set to 15 mins slow mode FYI. I have asked the mods to assist

Not open just yet, give me a few

1. Please post only questions. I know emotions are high but id like to get to questions. 3 paragraphs prior to a question becomes hard to sort through. If you have things you want to express, please do so in general. Just questions

2. I have asked the mods to delete redundant questions. So there is only so many times i can answer "why did you stop working on feral." If it is asked multiple times it will be deleted subsequently so i can get to as many unique questions as possible

The mods are trying to help me AND you. Please be kind to them and respect them. They are amazing. They love this community.

Also, im not saying you cant ask critical questions. Im just saying dont ask the same question over and over. I hope that distinction makes sense

As always I request civility as best possible. You deserve it, as do I. I think a lot more gets done that way.

I have read some reviews of my answers yesterday and it came to my attention that i made a comment about a username that was not appreciated. for that i was in the wrong. I apologize. I am not above any calls for civility myself. I need to be better and I will try today

Also side note but you all are so fast with these emotes. some of them are really funny actually you all have a good sense of humor even when they are intended to insult me. Touche.

AMA should be open.

A copy of the AMA answers channel is here. Sam later had an AMA as a send-off for the server, which is archived here.

Feral opened for the last time on March 26th, for three hours. Text and voice chat were both disabled. Store items were not released for free, which wwadmin had suggested might have been possible during the wwadmin AMA. Some new content, likely programmed to automatically release for the next season, was added to the game where it had not been before. Many players spent their time taking pictures of their avatars for safekeeping or writing negative messages to Wildworks on their avatars before gathering in groups. In unofficial Discord servers, some people organized attempts to save as much data about the game as they could. Players didn't lose connection to the server immediately when the three hours ended. They were gradually all interruped by a pop-up announcing an "update" that could not be ignored, after which connection to the server was lost and the game was unplayable.

Endless Forest is unique among these games. You play as a deer with a human face. There are few activities to do, but you can explore the forest and interact with wildlife to gain forest magic. Forest magic can be cast on other players to give them new appearance options. Instead of chatting with other players you communicate through animations (avatar body language) and sounds. The game can run as a screensaver. 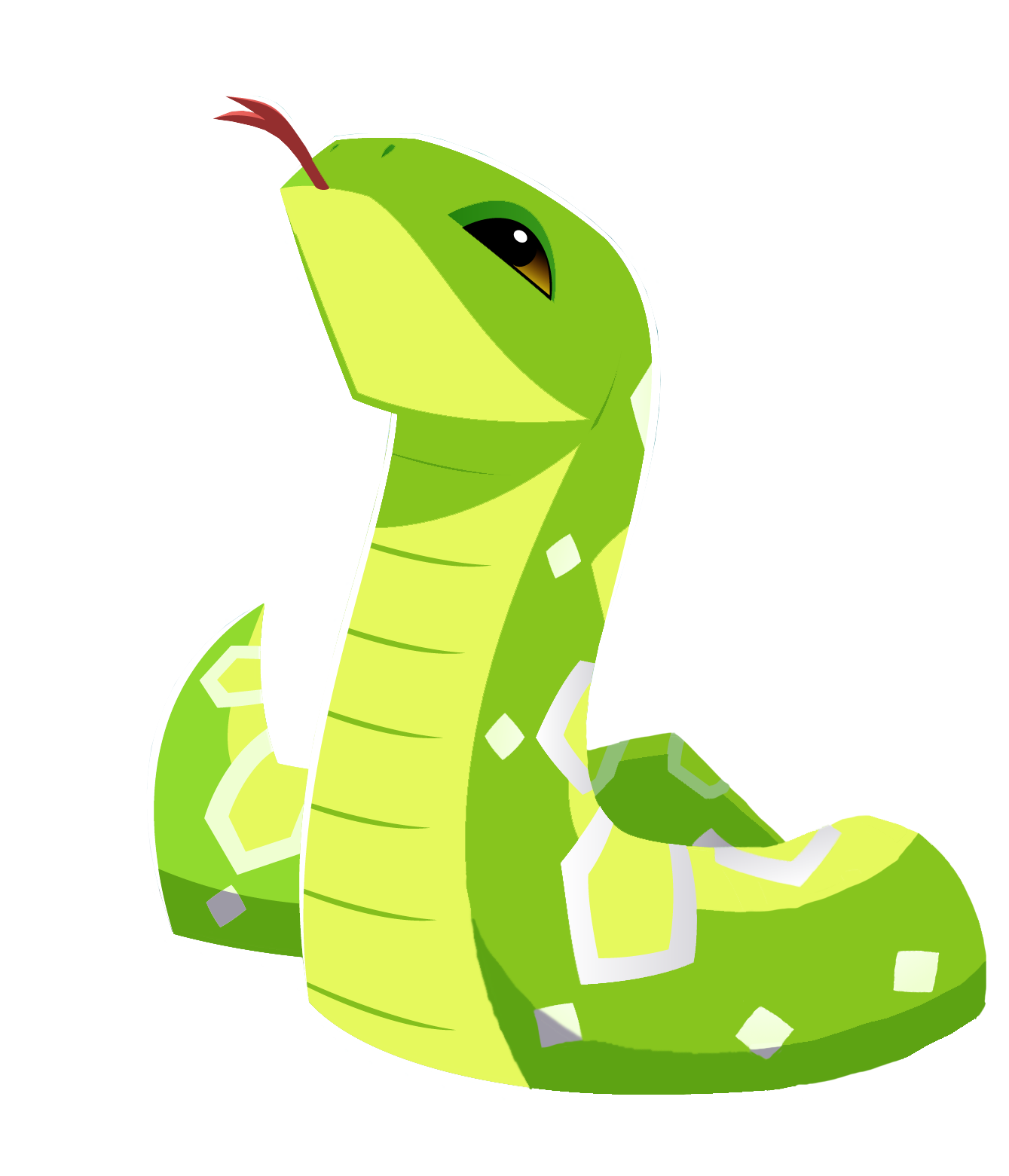